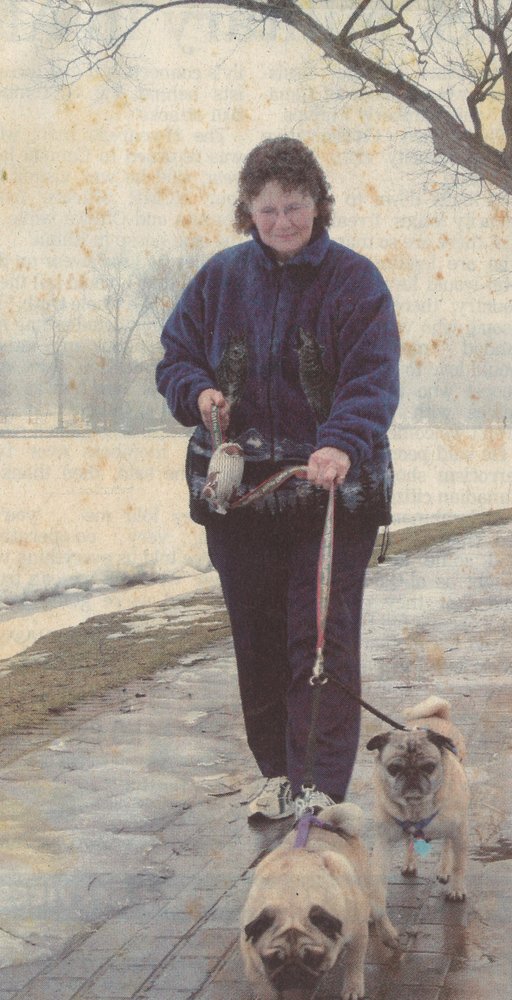 A resident of Ridgetown, Lynn Ackert  passed away at the Chatham-Kent Hospice on Thursday, September 12, 2019 at the age of 82. Born in Toronto, Lynn was the daughter of the late Clare and Dorothy Farrow (nee Mander). Beloved wife of 13 years to Alvin. Cherished mother of Kim Coulter (Gary), Christine Bear (Randy), Jane Fraser-Belleghem (Paul Dallaire), Valerie Burns (David), Randy Belleghem, Bob Belleghem (Saskia VanderSluis), Leeanne Belleghem (Chris Evans), and Michael Thompson (Sharla). Fondly remembered as "Purple Grandma" by her 27 grandchildren, and 49 great grandchildren. Survived by her sister Beth Dea. Predeceased by her infant son Keith Belleghem,  grandson Jason Comeau,  husband George Thompson, and brother Ron Farrow (Lynda). Lynn will be remembered as a spunky, dynamic woman who was highly devoted to her family. She was known for the unconditional love and dedication that she always demonstrated for those that were lucky enough to be close to her. Family and friends will be received at the Funeral Home, 76 Main Street East, Ridgetown, on Sunday, September 15th, 2019 from 2 to 5pm and again on Monday morning from 10am, until the time of the Funeral Service at 11am. Interment to follow in Greenwood Cemetery, Ridgetown. In honouring Lynn's legacy, please consider wearing purple. Donations in Lynn's memory may be made to the Chatham-Kent Hospice Foundation or Terry Fox Foundation, a charity near and dear to her grandson, Jason, who passed away from cancer. Online condolences may be left at www.mckinlayfuneralhome.com

Share Your Memory of
Lynn
Upload Your Memory View All Memories
Be the first to upload a memory!