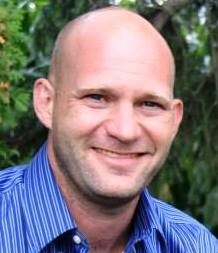 It is with profound sadness that we announce the passing of Michael Daniel McDonald on September 8, 2019 at the age of 43. He left us while sleeping peacefully at the Nanaimo General Hospital in British Columbia after a short battle with cancer. His mother and godmother were by his side.

Originally from Ridgetown, Ontario, Mike had a lifelong dream to live on the West Coast. In 2009, his dream came true when he moved his family across the country and settled on Vancouver Island where his sisters resided.

Mike was a proud father and is survived by his two beautiful children Hannah and Jonah.

Also survived by the mother of his children Michelle Kraeling.

He is predeceased by his grandparents Henry and Helen VanderGriendt, and Alexander and Isabella McDonald.  He is also survived by his mother Liz McDonald and father Phil McDonald; his biological father Tony VanderGriendt (Sherry); sisters Christy Lougheed (Brad, Mikayla, Alexandra, Emmalee) and Jillian Lawrence (Graeme, Liam, Isla); and many aunts, uncles and cousins.

We would like to thank the staff in the Emergency Department and Palliative Care Unit at the Nanaimo General Hospital for their compassionate care and support.

A private family gathering will be held at a later date.

“For I consider that the sufferings of this present time are not worth comparing with the glory that is to be revealed to us.” - Romans 8:18

Share Your Memory of
Michael
Upload Your Memory View All Memories
Be the first to upload a memory!