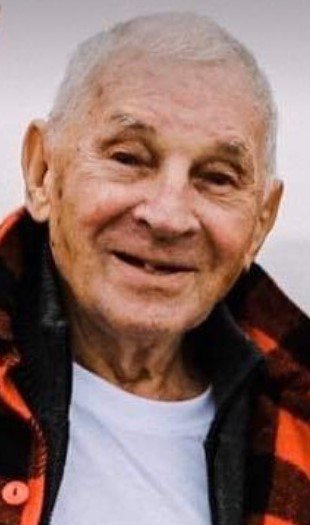 Edward  was called home to be with the Lord, surrounded by his family singing and praying on Saturday August 29, 2020 at the age of 91.

Of Ridgetown,  Ed was born in Fenwood, Saskatchewan to parents, the late Joseph and Mary (nee Rieger).

Ed was the beloved husband of the late Alice Zaleski (nee Kalman) (2017).

Ed will be dearly missed by many nieces, nephews, cousins, and close friends.

Ed was a brilliant innovator so ahead of his time we often failed to recognize it.  Ed was a true disciple and his passion for Christ guided every aspect of his life.

Ed was a longtime member of St. Michael's Catholic Church and the Knights of Columbus in Ridgetown and the Royal Canadian Legion Branch 243.

Visitation will be held at the McKinlay Funeral Home, 76 Main St. E., Ridgetown on Monday August 31, 2020 from 2-4pm and 7-9pm.  A private Legion Service and Parish Prayers will be shared at the funeral home. The Funeral Mass will be Celebrated at St. Michael's Roman Catholic Church in Ridgetown on Tuesday September 1 at 11:00am and livesteamed through https://southkentcatholicfamilyofparishes.ca  and a burial will take place at St. Michael's Cemetery following the mass. Those wanting to attend the visitation or funeral mass are asked to call the funeral home at 519-674-3141 or sign up through the link:  https://signup.com/go/mkTxWQQ.

Donations made in memory of Ed to the St. Michael's Catholic Church, Right to Life Kent, St. Vincent de Paul, or the Salvation Army would be appreciated.

Share Your Memory of
Edward
Upload Your Memory View All Memories
Be the first to upload a memory!
Share A Memory
Send Flowers