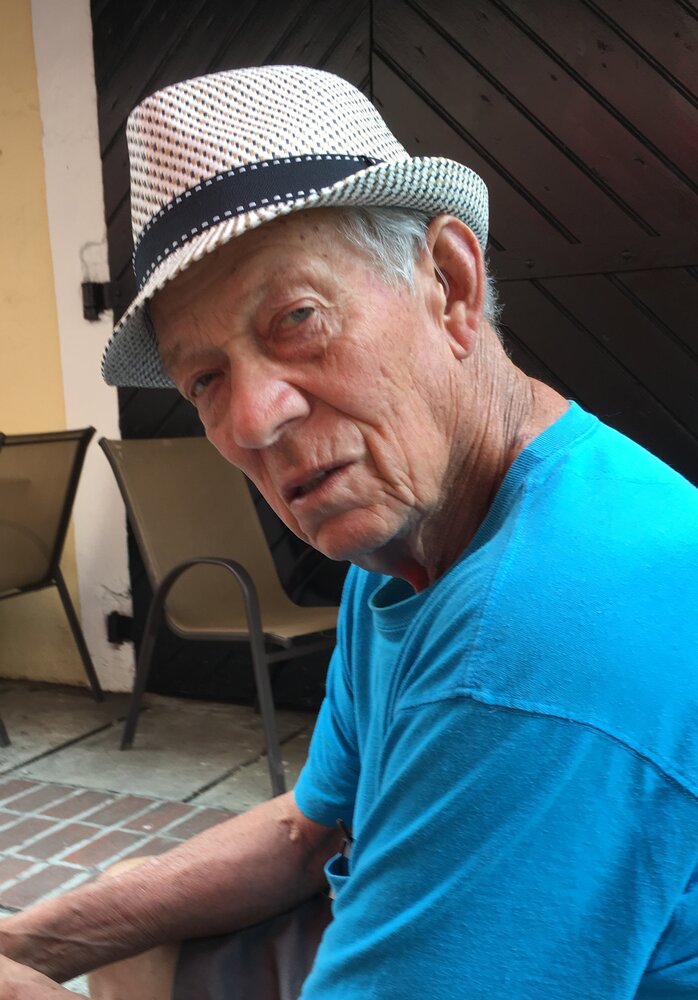 It is with deep sadness that the family of Earl Hall announce his passing on Christmas morning, Sunday, December 25th, 2022 at the Chatham-Kent Health Alliance.

Earl was born in Morpeth on August 31st, 1940 to the late William and Frances Hall.

Earl met his life partner and best friend, Carol Clark at the Ridgetown high school and for 60 years they found joy in living in Morpeth.

He leaves his work ethic and humour in his boys, Rick and Beth Hall of Blenheim, Michael Hall of Morpeth and predeceased by his daughter, Colleen Hall (1968). He is the proud Grandfather of his 3 grandchildren, who will miss him dearly, Evan, Colleen, and Lydia Hall.

Earl was the baby of his 5 brothers and is survived by Clayton and Jeannie, Clifford Hall (Marie) and has been reunited with Eugene (Sheeny), Clinton and Doris, and Ross (Pete) and Betty Hall. He is predeceased by his in-laws Bert and Marion Clark and will be remembered by his sister-in-law Mary Alyce and her late husband Dennis Galbraith and their family. He will be greatly missed by many nieces and nephews.

Earl leaves behind a wide variety of people he was proud to call his friends. He is together again with his vast network of buddies, who were waiting with a glass of whiskey and his hunting and fishing gear.

For the bulk of his career, Earl was a dedicated worker at Navistar in Chatham and is acknowledged for his hard work of 40 years at the Morpeth Community Hall.

Earl wanted nothing more than to raise his family in Morpeth and took pride in the community he was apart of. He was often found doing work around the town or helping others but his favourite thing to do in Morpeth was walking his dog Rosie, who will miss him dearly.

He loved hunting, fishing, working outside, driving down to the water, watching baseball games, 4:00 whiskey, camping in the summers, and spending his winters in Florida.

Earl was the definition of hard work, no one could get the job done like he could! He was a man of few words, so if you had the opportunity to enjoy his company, he was well-known for his sense of humour, one liners, and quick wit. He was a man that didn’t want for much and we are proud to be a part of his 82 years of life.

Family and Friends are invited to the visitation at McKinlay Funeral Home, 76 Main Street E. Ridgetown on Thursday afternoon December 29th from 2:00-4:00 PM and 7:00-9:00 PM. A celebration of life service will be held at the Morpeth Community Hall on December 30th at 2:00 PM. Those wishing to remember Earl may consider a donation to the Morpeth Community Hall. Memories and condolences can be shared at www.mckinlayfuneralhome.com

Share Your Memory of
Earl
Upload Your Memory View All Memories
Be the first to upload a memory!
Share A Memory
Send Flowers